This summer I did not get the chance to go back home, so instead, my family decided to visit me and at the same time, tour around eastern Canada as a little family vacation.

We started the vacation with a 4-day trip to New York. It was my first time there and since I’ve always dreamed of going, of course I was ecstatic! The weather was blazing hot during these four days but we’ve managed to find little stores along the way with air con to ease the pain. 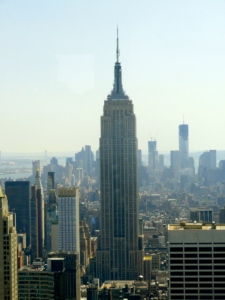 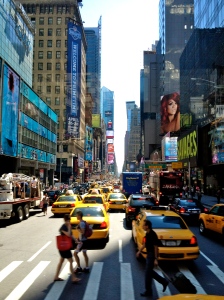 Since we went with a tour group, time was pretty restricted. We first visited the Rockefeller Centre overseeing all of New York City (or most of it at least). It was funny because I saw the Empire State Building from the Rockefeller Centre but never actually walked to it later on or had enough time to actually see it. Then we proceeded to a bunch of other locations before getting to Times Square (which was the best part because I was dying to see it). 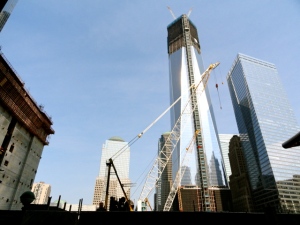 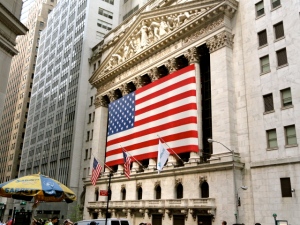 I did manage to catch a glimpse of the remnants or more so the newer establishments of the Twin Towers (Ground Zero). It was crazy to see how fast they rebuilt the area and the construction of the buildings. Of course, I had to visit the famous Wall street. And since it was during the weekend, I didn’t get to see bustling business men in their fancy suits hurrying about in their busy lives. 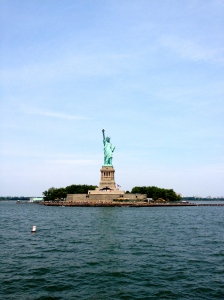 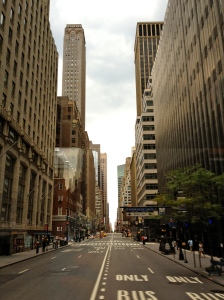 What kind of trip would it be if I didn’t seen the Statue of Liberty. Although we didn’t get to actually go onto the island (due to construction), I managed to capture tons of pictures from every different angle you can think of just being on the boat. What amazed me the most during the trip was the city’s infrastructure. The buildings were tall and grand but mostly, the colours were neutral and warm. I especially liked the picture on the right because it gave me a warm feeling, like I was at home (HA). 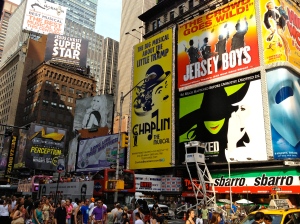 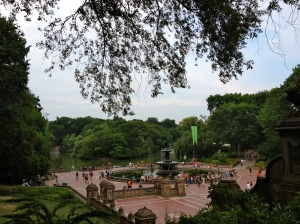 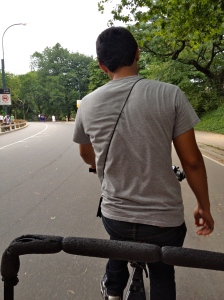 The environment in Times Square was indescribable. I loved every aspect of it. The excess advertising, the loud, busy ambiance, the colours, the people, everything. It’s places like these that make you feel so tiny and nothing compared to the rest of the world. I thoroughly enjoyed being a nobody in the middle of everybody.

Moving on to a more serene environment, we visited Central Park after being persuaded by a guy that gives tours around the park on the 3-wheeled chariots (really can’t find another way to describe it). The ride itself was pretty awesome and we did see a a large aspect of Central Park. What was more interesting was the young man’s story, it was quite saddening for me to hear this since he was also a fellow university student, but there was nothing I could do. I can only hope for the best. 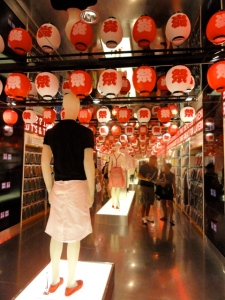 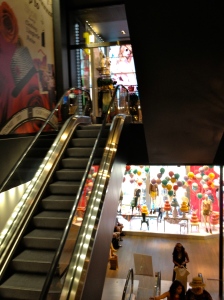 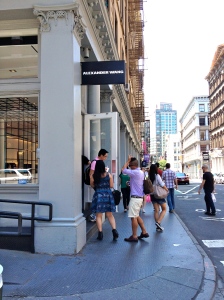 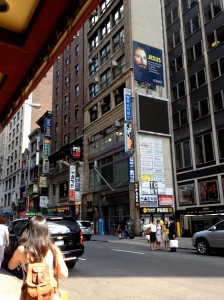 I would never leave a city without at least doing some shopping! And what a great city to shop at! Since we lack a great number of stores in Canada, I searched long and hard for the store I wanted to see: Top Shop (top right). And on top left, my favourite store of all time now: Uniqlo. The decor inside the store was unique, clean, and sleek and gave a really lasting image. I always popped by Soho to check out some other high-end stores.

I met up with a friend in New York and he took me to Koreatown. It wasn’t much and was just one street but the atmosphere was lively and the signs were all over the place, just like how I imagined it to be.

Overall the trip was wonderful and such a nice break from Montreal. It left me with such nice memories that I vowed to go back once more when I have the time ……and money. But for now, I’ll have to stick with Montreal and long for the rush of excitement I got from New York. I really did wish we had more time and more time during the night to see the nightlife but since we were with a tour group, we had to leave the city early to go back to our hotel in New Jersey. In any case, if I ever go again, it’ll be with my friends. Touring NYC with your family is just not the same!